He also served in a Chiropractic mission trip to Da Lat, Vietnam and Xela, Guatemala. Dr. Aki received his Doctor of Chiropractic license in the State of Hawaii and Wisconsin, is specialized in Gonstead System and is certified in Postgraduate Nutrition. Dr. Aki’s work history began at the Oscar De La Hoya Youth Center in Los Angeles, California, where he trained children, amateurs, and professionals in boxing. He also led senior adults in functional and conditioning exercises at the YMCA in Los Angeles.

Dr. Aki discovered Chiropractic when he worked at a chiropractic office. Every day he is blessed to be a witness of our awesome body healing and potential through Chiropractic care and Wellness education. His vision is “Our children are shining the world with their highest God-given health potential.” To achieve his vision, Dr. Aki devotes himself to teaching health/wellness workshops and Chiropractic seminars in Hawaii, Wisconsin, Iowa, and Japan. Besides his work, Dr. Aki loves to spend time with his wife Choua: ballroom dancing, cooking together to discover healthy recipes, and reading books at coffee store. Dr. Aki is from Japan and grateful to serve the people in his second hometown, West Oahu.

While at Palmer, he earned the opportunity to become a part of the Troxell Intern program and put in many hours outside of school perfecting his craft. He is specialized in the Gonstead System and believes strongly in the hope that chiropractic can bring to all people. Dr. Skylar has extensive training and experience in pediatrics, ergonomics, nutrition and overall wellness promotion. He has seen results with chiropractic for infertility, sinusitis, migraines, digestive issues, arthritis, chronic pain, and much more. Dr. Skylar is passionate about always moving toward optimal health and loves inspiring others to do the same. Dr. Skylar is from the great state of Washington and enjoys spending time outdoors. In his free time you can find him and his beautiful wife Jillian eating fish tacos, drinking good coffee and exploring this beautiful island!

After receiving care as a Gonstead patient while in High School, Dr. Mikey was inspired to dedicate her education to learning more about chiropractic and the Gonstead technique. Originally from Nebraska, Dr. Mikey moved to Atlanta, Georgia where she completed her B.S. in Exercise Physiology from Georgia State University, and her Doctor of Chiropractic degree from Life University.

As a lifelong learner, Dr. Mikey regularly attends Gonstead conferences and workshops, and is continuously working to hone her adjustment techniques to provide the highest level of care to those she serves. During her time at Life University, Dr. Mikey recognized the benefit of collaborating with, and learning from, other Gonstead practitioners. She founded the Global Gonstead Mentorship Program, which connects chiropractic students with Gonstead doctors from around the world. Dr. Mikey has traveled to the Dominican Republic and Haiti to provide adjustments to underserved communities, and hopes to continue sharing the benefits of chiropractic and a holistic approach to healthcare.

In her free time, Dr. Mikey enjoys taking hikes with her dog Harley, spending time with her family, and learning to surf.

Dr. Halee grew up in Bismarck, North Dakota where she obtained her B.S.degree in athletic training from the University of Mary. She went on to continue her chiropractic journey by attending Palmer college of chiropractic in Davenport, Iowa.

Outside of school she was able to be apart of the Troxell intern program; a program started in 1968 to help chiropractic students gain a thorough education on the Gonstead technique. She was able to put in many hours of work by teaching other students, assisting doctors with X-rays and examinations, as well as attending multiple seminars to perfect her skills. Dr. Halee also attended Dr. Herb Woods bootcamp twice were she put in over 200+ hours of learning and practicing the Gonstead technique.

Dr. Halee has a huge passion of helping others and teaching them the importance of taking a holistic approach to their health. In her free time she loves to workout, go to the beach, spend time with friends and try all the new things Hawaii has to offer. Dr. Halee is ecstatic to serve the Cornerstone Community and cant wait to help you on your healing journey.

Dr. Angela has also served on a Chiropractic mission trip to Fiji and Mexicali, Mexico. After receiving Gonstead care as a patient and witnessing the wonders of Gonstead care during her mission trip, Dr. Angela knew that this was the approach that she wanted to specialize in and devote her career towards.

Dr. Angela is a huge health advocate and loves to share her knowledge in helping others live their life most optimally and holistically. She is obsessed with keeping an active and balanced lifestyle, personal growth, and building healthy connections. In her free time, you can find her breakdancing, working out in the gym, bouldering, trying out new healthy recipes, or exploring the beautiful island!

Dr. Norm is a local boy, born and raised in Kailua, Oahu. Growing up here in the islands, he's always had an active lifestyle. He played, coached, and refereed soccer and was very active in the performing arts. He proudly says, "I'm a Bright kid," having performed under the direction of educator Ron Bright in the 80's and 90's. He's also served on the Board of Directors for the I'm A Bright Kid Foundation which supports the performing arts and education.

He still enjoys performing and has been seen on Hawaii 5-0 a few times. He continues to sing professionally several times per month and had the honor of being selected by Grammy winner Regina Belle to sing with her at the Blue Note in Waikiki.

In over 20 years of chiropractic practice, he's served on chiropractic mission trips to El Salvador and Guatemala. He was also selected to be the backstage chiropractor for various performers including Aerosmith, KISS, The Eagles, John Mayer, and Carrie Underwood. He is a former personal trainer and fitness instructor and was the Senior Trainer for North America with Les Mills International where he trained fitness instructors in kickboxing, weightlifting, and Latin and hip-hop dance.

His first exposure to chiropractic was when he injured himself during a dance performance. Physicians told him he only had three options: live with the pain, live on painkillers, or try surgery and risk losing the use of his legs. He refused to accept these options and searched for other possible solutions finally finding success with chiropractic. It has since become his mission to educate people about chiropractic, so they can make educated decisions about their own health.

His commitment to education continues. He has served as adjunct professor at his alma mater, Life University in Atlanta. He is on the Board of Directors of the Gonstead Global Mentorship Program and he hosts the Chiro Compass podcast for chiropractic students.

Dr. Austin was born here in Honolulu, Hi before moving with his family to the mainland. His family settled in Maryland where he was raised eventually receiving a B.S. Degree in Community and Behavior health from the University of Maryland. He then went on to receive his Doctor of Chiropractic degree from Palmer College of Chiropractic in Port Orange, FL.

While attending Palmer, Dr. Austin was involved in several on-campus organizations including, the Gonstead club. Through the mentorship of his professors and Dr. Herb Woods bootcamps, he was able to hone his technique through hours of study and practice.

Dr. Austin has a huge passion for teaching others about the importance of taking a holistic approach to their health. When he is not working, Dr. Austin enjoys reading by the beach, playing Ultimate Frisbee, or checking out a new restaurant. 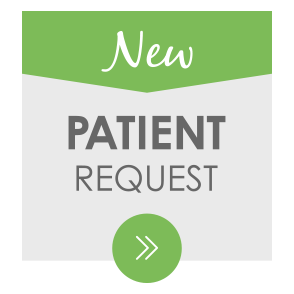